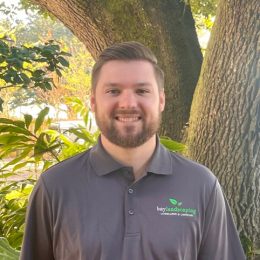 Michael originally grew up in North Alabama until six years ago when he moved to Mobile. Michael graduated from the University of Mobile in 2017 and soon after began a career in sales. As an Account Manager, Michael enjoys building relationships with clients and making sure all of their needs are met!

During Michael's free time he loves to read, run, and watch sports. Michael met his beautiful wife at the University of Mobile and they have been married since 2019 and have to furry friend. A dog named Lola and a cat named Dixie.

Fun Fact: Michael's identical twin also lives in Mobile, and they often get mistaken for one another at the grocery store.